Has Huion caught up to to Wacom?

Christopher
If you’re looking into purchasing a graphics tablet, these 2 brands probably keep coming up. Wacom is the old king of the scene, and Huion is the new rival vying for dominance - but who is king now?
Contents (hide)

‘What brand of tablet do I buy?’  This question used to be really easy to answer, even just a few years ago.

The answer was always ‘definitely buy a Wacom’. Wacom was the only one producing professional-grade drawing tablets, and no other manufacturer really came close.  Their tablets were simply miles ahead of the competition.

Today is a different story though.  High-quality and considerably cheaper alternatives to Wacom have developed in the last few years, and highest among them is Huion - so is the best advice still to purchase a Wacom?

I’ve used both brands recently, and here is my summarized opinion:

In my own experience, and from friends and peers, there is no longer much difference between Wacom and Huion tablets - it's very hard to tell them apart when using them.  Unless you are willing to pay extra for the more established brand of Wacom, I would save the money and buy a Huion instead.

If you choose to buy a Huion, you could also afford to upgrade more often, to keep your tools more up-to-date.

Here are my up-front recommendations:

The Huion Kamvas 16 is a really solid and well balanced display tablet.

I find the 16" display to be a comfortable size for painting, not so big that it takes up the whole desk, and it's even portable if needed.  As long as you use a keyboard with it, it's got all the functionality you need to make professional-quality art work - on top of being affordable and reliable.

The Huion HS611 does everything you need a tablet to do, in an inexpensive and reliable package.

The HS611 is a really good size for painting on as it's small enough to be able to move it around, rest it in your lap, or put it in a backpack, but big enough to be able to draw from the shoulder and elbow.  If you do a lot of linework, the lack of a screen might be undesirable, but otherwise it's a solid choice that you can also make professional artwork on.

Read on for an in-depth breakdown of how Huion stacks up against Wacom.

I’ve always had some small amount of discomfort when I’ve started using a new tablet, as usually there are slight and hard-to-define differences that you have to get used to, but I wouldn’t say this discomfort was any worse when switching between Wacom and Huion tablets than they are in say switching from one Wacom tablet to another.

Within a week, discomfort is gone and in my opinion the painting experience on modern Wacom and Huion tablets has been practically indistinguishable.

Aside from that, my old Wacom Cintiq 12wx had terrible color calibration that made it hard to know how other people would see my art on their monitors, but the Cintiq Companion I got after, as well as the Huion Kamvas Pro 16, both had great colors so I don't think color accuracy is a large concern anymore.

Wacom's been around since 1983. In that time it established itself as the industry standard for professional digital artists.  For a long time it was really the only viable brand for professionals, as no one else was making anything reliable and feature-rich enough.

Huion was founded in 2011, and their tablets started off as the same generic Chinese models that a load of other companies were also selling, each with their own branding stuck on - you may also see opinions that reflect this online, saying something like ‘Huion’s products are just generic knock-offs’, because that also used to be true.

However, Huion eventually started designing their own tablets, and increasing their product quality.  Within a few short years they have a product line that actually competes with Wacom’s, while also being much cheaper.

Huion could probably get away with increasing their prices closer to Wacom’s, but I suspect they are selling cheap to try to entice as much of Wacom’s fan base over as they can.

This section can be very short - price is a no-contest in favor of Huion. Wacom’s tablets are sometimes more than double the price of Huion’s equivalents, I’m not sure there’s a single product in which Wacom offers the cheaper version.

A lot of the information and opinions you’ll find online about Wacom and Huion quality is outdated - in my opinion, today their current product lines are very similar in quality.

Wacom is still held up as the industry standard, for good reason - their products are very high end.  However, there has been a lot of sentiment online recently that their quality has fallen a little in comparison to older models of their tablets.

Simultaneously, Huion's quality has been getting better and better with time, and I think everyone, including me, agrees that they’ve improved a lot.

I would say this puts them currently on an even playing field - Huion has risen, Wacom has degraded a little, and their recent tablets have ended up with very similar quality.

Wacom does offer a slightly better stylus than Huion - it has similar accuracy and functionality, but I think it’s a little better weighted and more comfortable.

In the end what really matters is if the quality of the art you can make is better or worse, and you 100% can create the same standard of work with the same effort on both Huion and Wacom.‍‍

Multi-touch allows you to use gestures to speed up your workflow. Huion currently does not offer anything with touch or gesture control.

In my experience, using touch functions is slower than using a keyboard, but touch does make working without a keyboard much more plausible.

A lot of Huion pen displays have buttons on one or both sides of the tablet, depending on the model. Similar to touch, if you use a keyboard you probably won’t need the buttons, but they make it much easier to paint without a keyboard.

The new Wacom Cintiq’s have no buttons, so for comfortable painting you’ll need either a keyboard, Wacom’s own ‘Express Key Remote’ or have to splash out on a Cintiq Pro for touch functionality.

Some Huion have Bluetooth, but most use cables - this obviously means there's more cable management, and more limitation around how far your tablet can be from your pc, etc.

In my experience, Wacom has slightly better software for calibrating the tablet and stylus.  I was able to get the pressure sensitivity I wanted on both Wacom and Huion, but got there faster with Wacom’s drivers because they give you 3 points along the curve to manipulate.

Huion only gives you 2 point calibration, so I found myself playing around a fair bit before I got it how I wanted it.

On the other hand, Wacom drivers sometimes fail totally and you have to restart the Wacom service to get your tablet working again, which is not an issue I’ve experienced with Huion.

Customer Service and After Purchase Care

I’ve experienced buying replacement nibs for both Wacom and Huion tablets, and in my experience buying nibs for Wacom was a lot easier - Huion’s own store isn’t always in stock of all the various nibs, and it’s a little hard to figure out which nibs you need for your stylus.

There are also lots of knockoff Huion nibs on Amazon.com and figuring out which ones would fit your stylus seems to require a bit of guesswork.

As for their Customer Service, I’ve not personally been in touch with Customer Service from either Wacom or Huion, but judging from sentiments online Wacom does seem to be generally more responsive and effective.

From what I can gather online, Huion will provide help in a timely manner if the solution to your issue is simple, but with complicated issues Huion’s customer support can be frustrating to deal with.

You’ll find with both companies, but more often with Huion, if you ask for a replacement component they will be willing to replace it, but you first need to send them the faulty component and pay for its postage yourself. If you will run into multiple issues one after another, they will generally not be as willing to replace parts.

It’s unlikely that you’re reading this because you want to figure out which company offers better tablet accessories, but just in case:

Wacom has a more robust selection of optional accessories than Huion though, with a selection of advanced stylus’, tablet stands and the like.

On trend, Wacom’s accessories and replacement components are up to twice as expensive as Huion’s.

I know plenty of people who have switched over to Huion and are very happy, swearing they wont buy another Wacom if the price difference stays so skewed.

I also know people who continue to buy Wacom and wont consider another brand, because their they have a better track record of quality than Huion.

Having used both, I think it's very hard to tell Wacom and Huion apart when using them - I would purchase a Huion  and upgrade my tablet more often to keep my equipment up to date.

Here are the main Huion tablets I would recommend:

The 16" screen of the Huion Kamvas 16 is a comfortable size for painting, fits easily on a desk, and is portable.  Used with a keyboard, it does everything you need to make professional-quality art work - on top of being affordable and reliable.

The Huion HS611 is small enough to have a flexible working space and portable and big enough to draw from the shoulder and elbow.  As long as you don't need a screen for easier linework, it's a solid and affordable choice that you can also make professional artwork on. 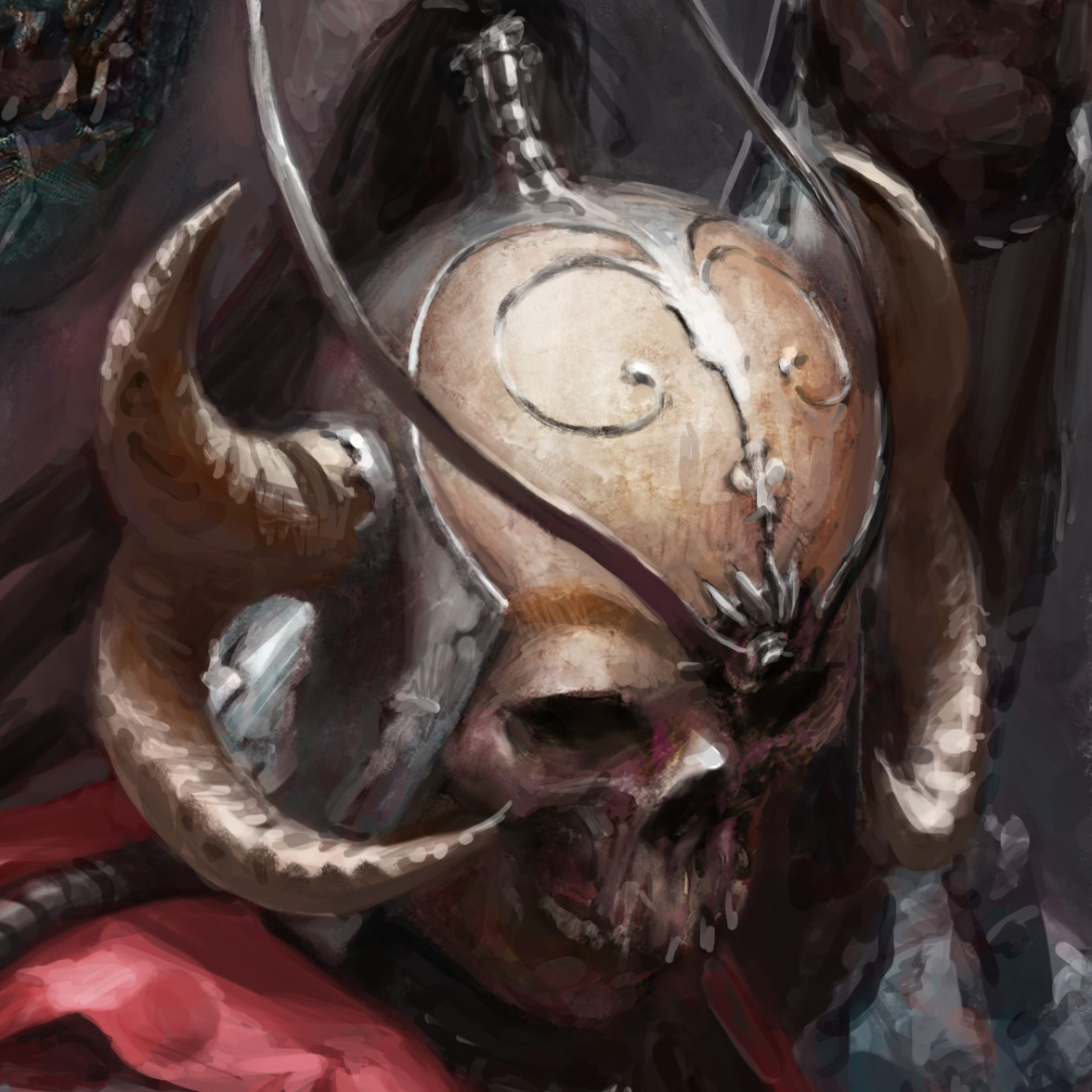 I started making digital art in 2009, and became a full-time freelance artist in 2016, able to work on my own schedule from anywhere in the world.
‍
I created this blog to help young artists make the same journey. 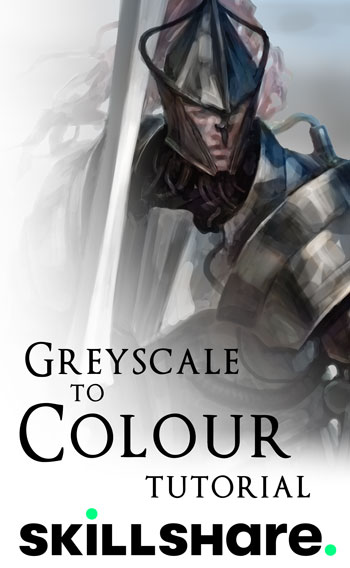 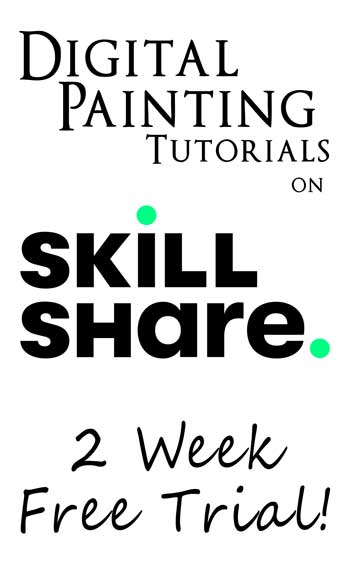 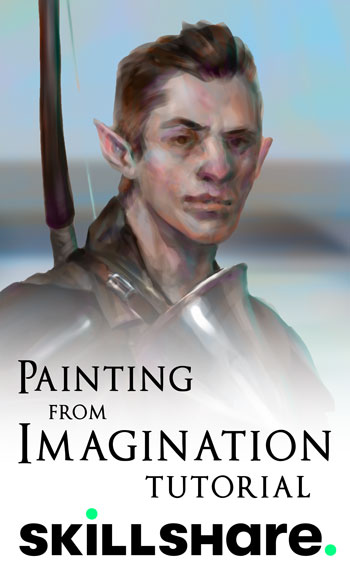 I started making digital art in 2009, and became a full-time freelance artist in 2016, able to work on my own schedule from anywhere in the world. 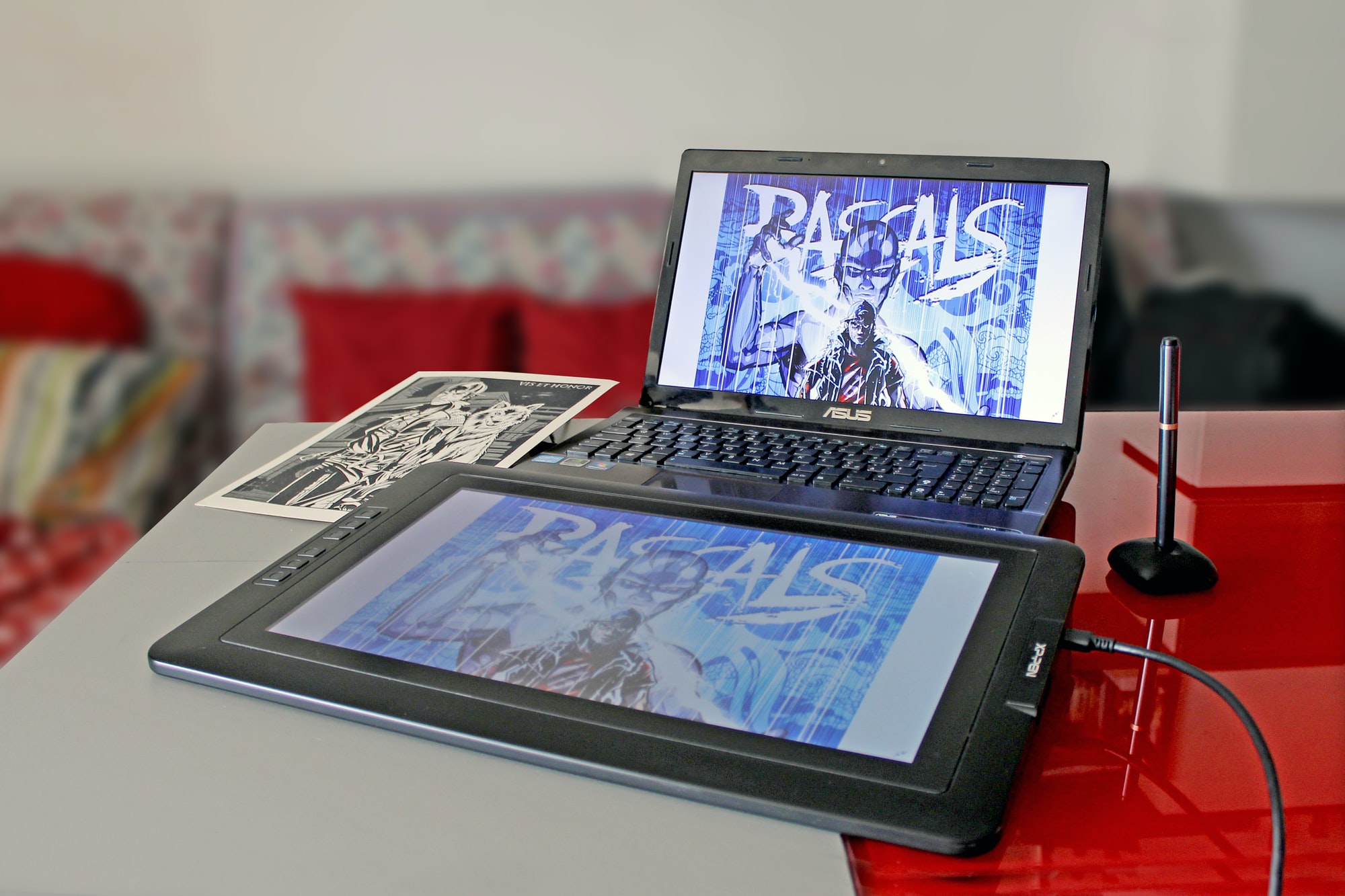 Wacom vs XP-Pen tablets
Is Wacom still the king of tablet brands?
Wacom is the old king of the tablet scene, but in recent years many new brands have arisen to challenge it, XP-Pen among them. Does Wacom deserve its reputation as being way above the competition, or has XP-Pen caught up to it?
Read More

Christopher
ArtStation Plus and Pro 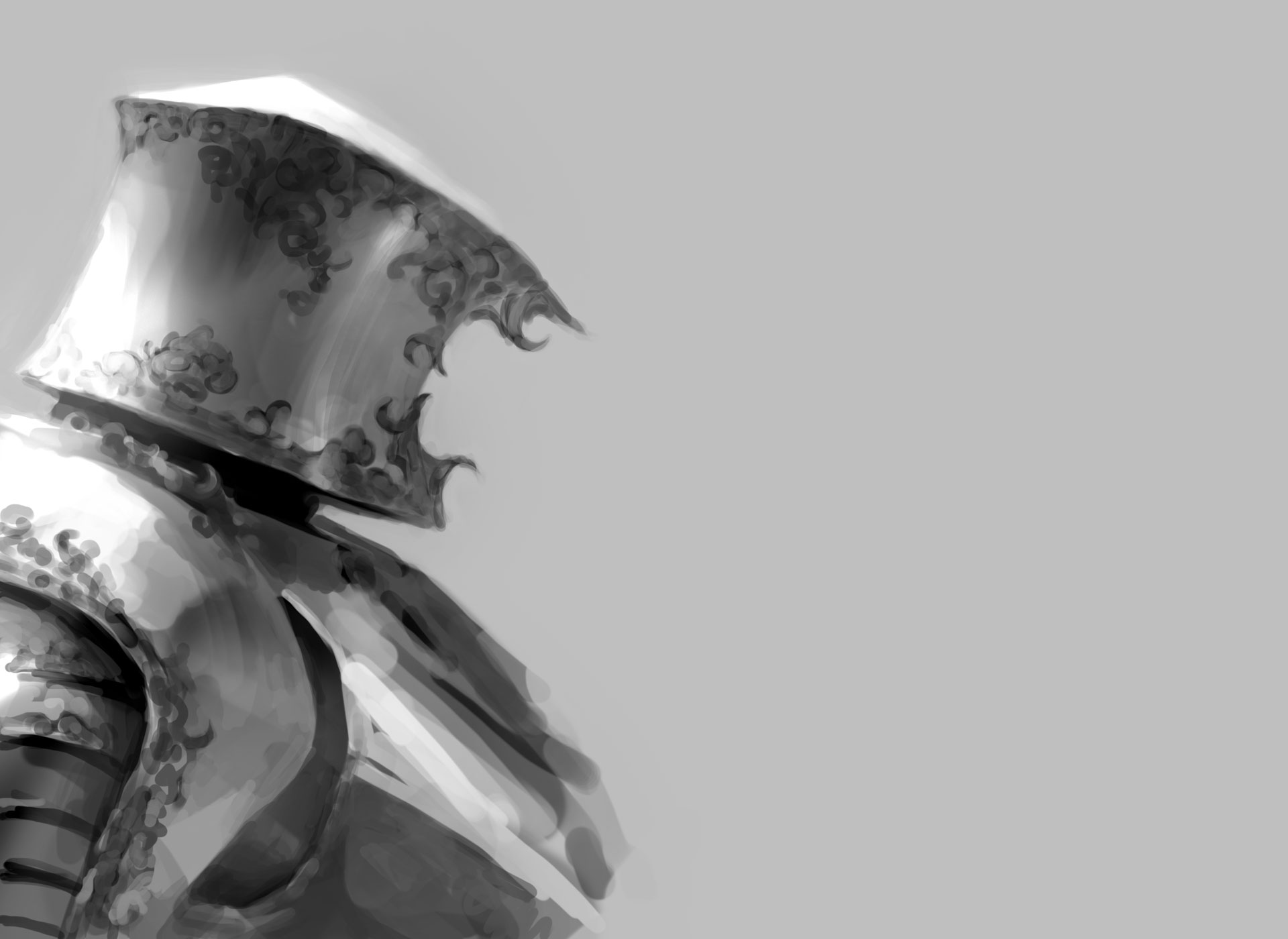 Is ArtStation Pro worth it? Is Plus worth it?
Would you be better off putting your money somewhere else, or saving it entirely?
ArtStation Plus and Pro subscriptions seem to offer a whole lot of stuff - but how does it compare to the competition, and where should you spend your money?
Read More 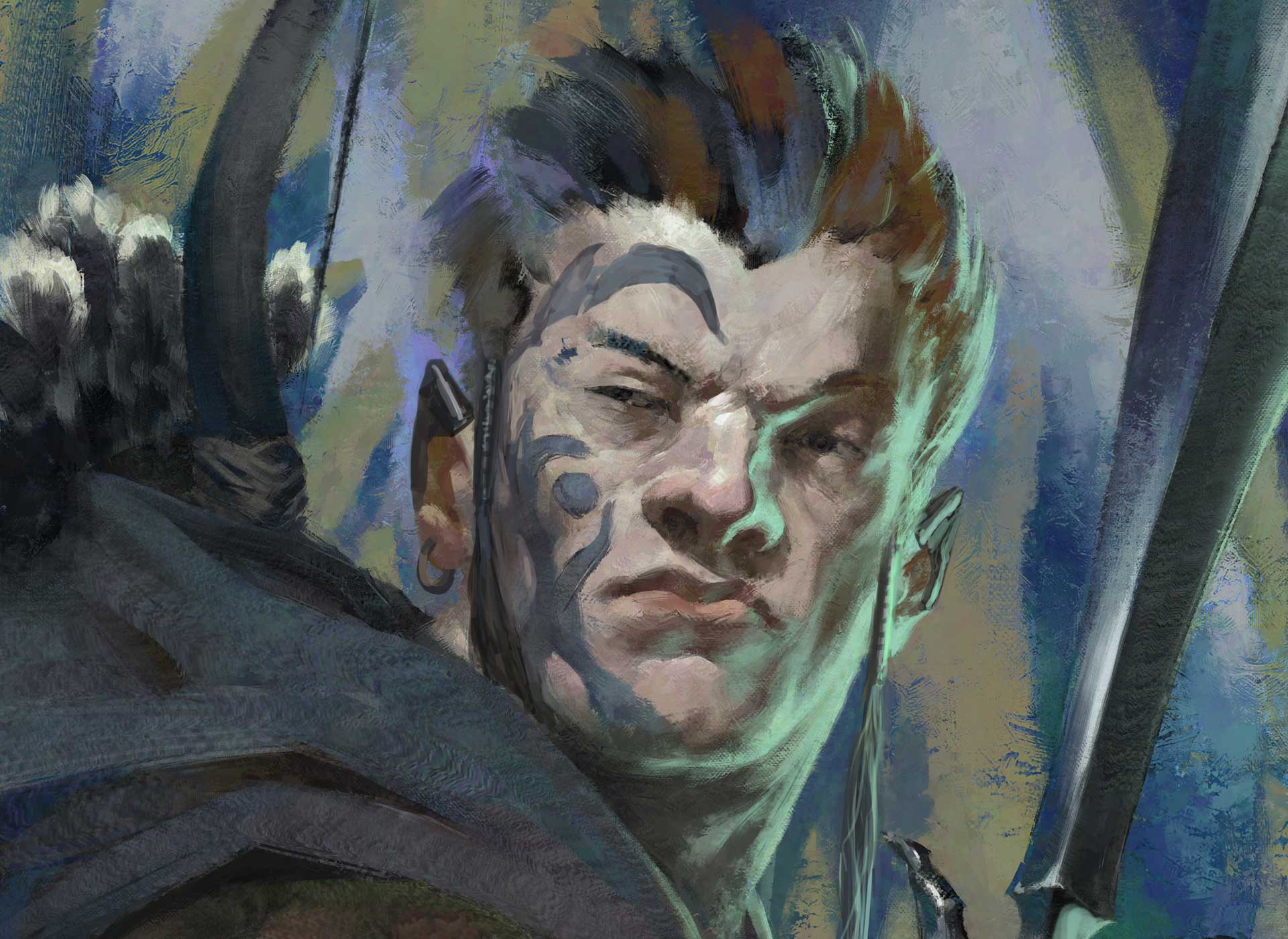 Get emailed when new articles are posted

Thank you! Your submission has been received!

Oops! Something went wrong while submitting the form